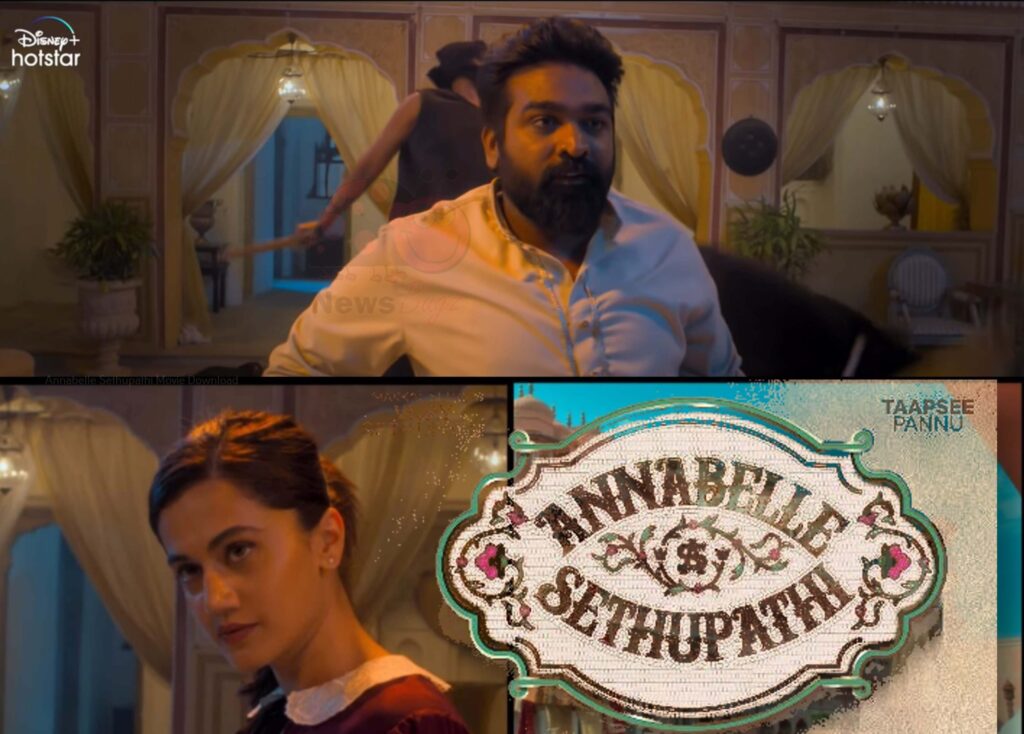 Taapsee Pannu led Annabelle Sethupathi, the fantasy comedy film that has at long last debuted on Disney Plus Hotstar. The film, which highlights Vijay Sethupathi in a cameo appearance, and is only in most of the second half. The film is directed by beginner and newcomer director Deepak Sundarrajan. Annabelle Sethupathi has gathered the attention of the crowds much before its release with its heavenly star cast and promising trailer.

It released on the OTT platform on 17 September 2021 was supposed to be a horror-thriller that oddly gives out the product of a fantasy comedy. The film was widely promoted by the lead actress Taapsee Pannu on various social media and in real-life campaigns.

Talking about the cast of the film, Taapsee Pannu who plays the dual role of Annabelle, and Vijay Setupati as Veera Sethupathi, the medieval period husband of Anabelle (Taapsee Pannu). In supporting roles there are Jagapathi Babu as Kadhiresan, Raadhika as Aryamala, Yogi Babu as Shanmugam, Vennela Kishore as Kishore, and Subbu Panchu as Sundarraman.

The film starts in the 1940s, where Kadhireshan(Jagapathi Babu) admiring the palace that is built by the Veera(Vijay Sethupati) for his wife, Anabelle after falling in love with her. Jagapathi’s character is a megalomaniac and he desires to own the architectural wonder. But Veera refuses his request. Now, the film moves to the present where a young con-wan woman named Rudhra (Taapsee Pannu) and her family enter the palace which is now a habitat of ghosts, and the ghosts see her as their only hope of salvation. The film continues to unwrap mysteries and twisting events, which led to the history of the palace and Veera.

The writing, direction, and performances are theatrical, making the film look heavily dated. The background score constantly attempts to make us believe something highly hilarious is happening on screen. But no, it’s just the same tricks over and over again. The dubbing is also off sync in many places.

It was dubbed and released in Telugu, Malayalam, and Kannada under the same title, and the Hindi dubbed version is titled Annabelle Rathore. You can watch it on the Hotstar streaming platform.